#31. Photographs 1960s, 2008. Sierra Drive, center.
L.E. “Bud” Castner had a multifaceted career. He was a director of the Golden Gate Bridge Commission from 1952 to 1992. He was a prominent real estate man, and even, at one point an actor. His little office building is seen at right. It’s now on the grounds of the Sonoma Mission Inn. Slightly to the west of the center is Queeno Street, at the end of which may be the site of Thaddeus Leavenworth's house, the first one in what would become Boyes Hot Springs. See springsmuseum.org/2014/11/ for more on Leavenworth's settlement. Also see springsmuseum.org/2017/04/11/real-estate/﻿ for more about real estate, Castner, and others. More about Sierra Drive springsmuseum.org/2018/03/29/sierra-drive-meincke-road/ 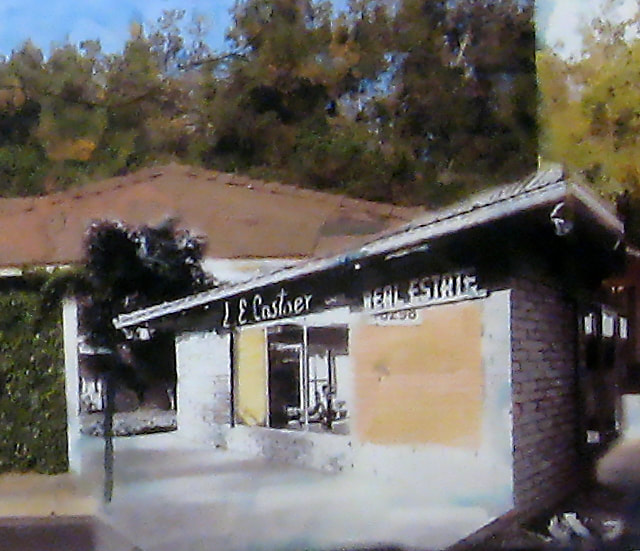 #32.
Photographs 2008, 2012(?)
The brightly painted building at the center was once the office of the Valley of the Moon Daily Review, a newspaper owned by Alexander “Zan” Stark, in the late 50s, early 60s. Zan was a well known photographer and publisher of real photo postcards from the 1930s to the 1950s. See the Springs Museum post https://springsmuseum.org/2017/12/ and springsmuseum.org/2015/03/07/new-to-the-springs-historic-photo-database-6/ for more about Zan.

#32A
Photographs 1950s, 2008, 2012
The collage encompasses both side of the street. At left, the brightly painted building superimposed over some of its former incarnations, including Pine Wagner’s Valley Drug. In the center can be seen the Pepsi sign of the original Mary’s Pizza, at Arroyo Road. To the right of that, the Boyes Springs Resort, now a parking lot. The Food Center, built in 1949, is at right. See the Springs Museum post for more: springsmuseum.org/2016/10/

#32 B. Photographs 2008, 2010 The building at center left has been many businesses in the last twenty years. I only had photographs of two of them, Thailand Thai and the Hotbox Grill. It is now Cochon Volant and looking very different, so I guess this collage is due for a revision. 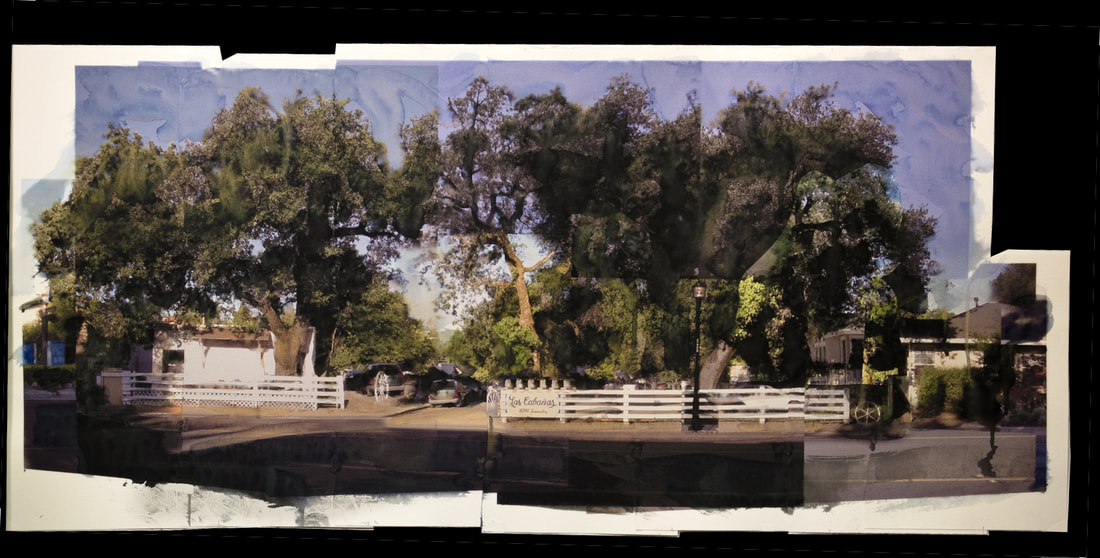 #32 E. At Mulford Street showing one of our big old oaks.

#32F revision, incorporating photographs from the 1950s showing the drive-in restaurant at the site of the Fruit Basket. See https://springsmuseum.org/2017/05/29/the-corner-of-thomson-avenue-and-highway-12/ for more info. The "new" photos are courtesy of the Sonoma County Library. They are from a court case, probably involving an auto accident. 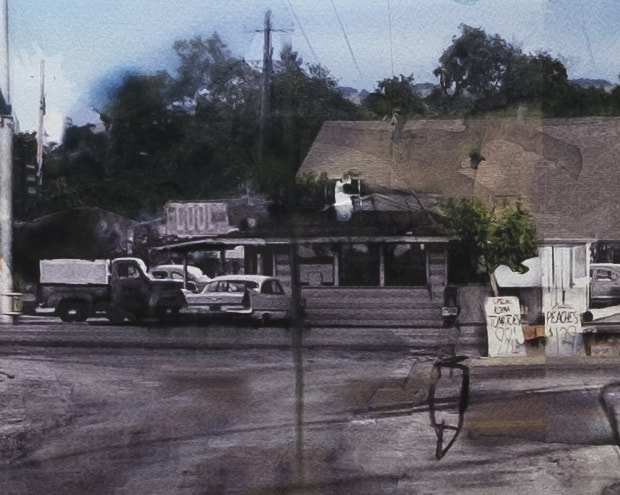 #32 G. Showing the construction of the new commercial/residential building across the highway from Siesta Way in 2016. 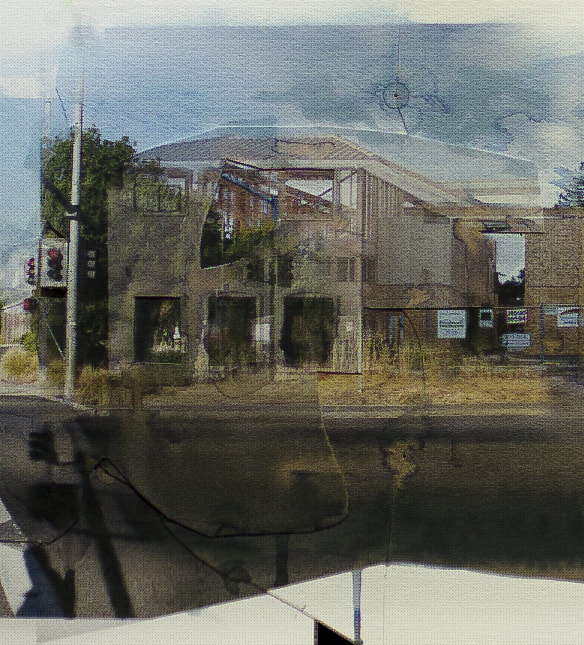 # 32 H
Photographs 1923, 1953, 2008
On the site where the “new” Marys’ Pizza now stands, in the Baron Tract, once the site of the Coney Island Resort (no photos, alas!), was the movie studio of Josh Binney. Binney came to Sonoma Valley in 1923 to make silent comedies. Clips of these films still exist. However, he was a swindler, kited checks, fled town, and was eventually imprisoned in Montana. Later, he had a career as a Hollywood director, directing “race” movies with such stars as Cab Calloway.  His IMDB entry is here: https://www.imdb.com/name/nm0083063/?ref_=nmbio_bio_nm#actor
Group C is unfinished as of 5/24/18 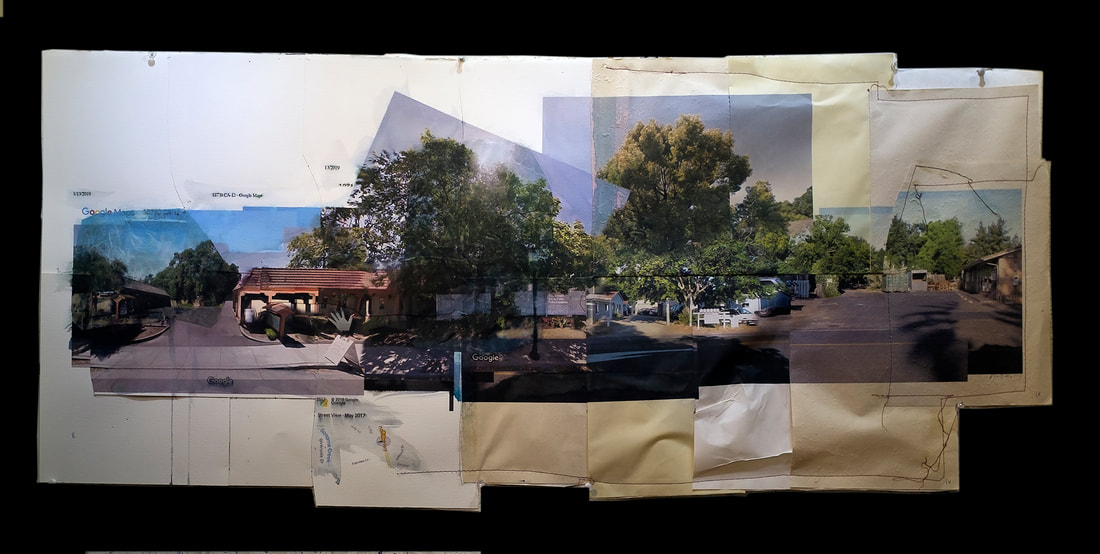 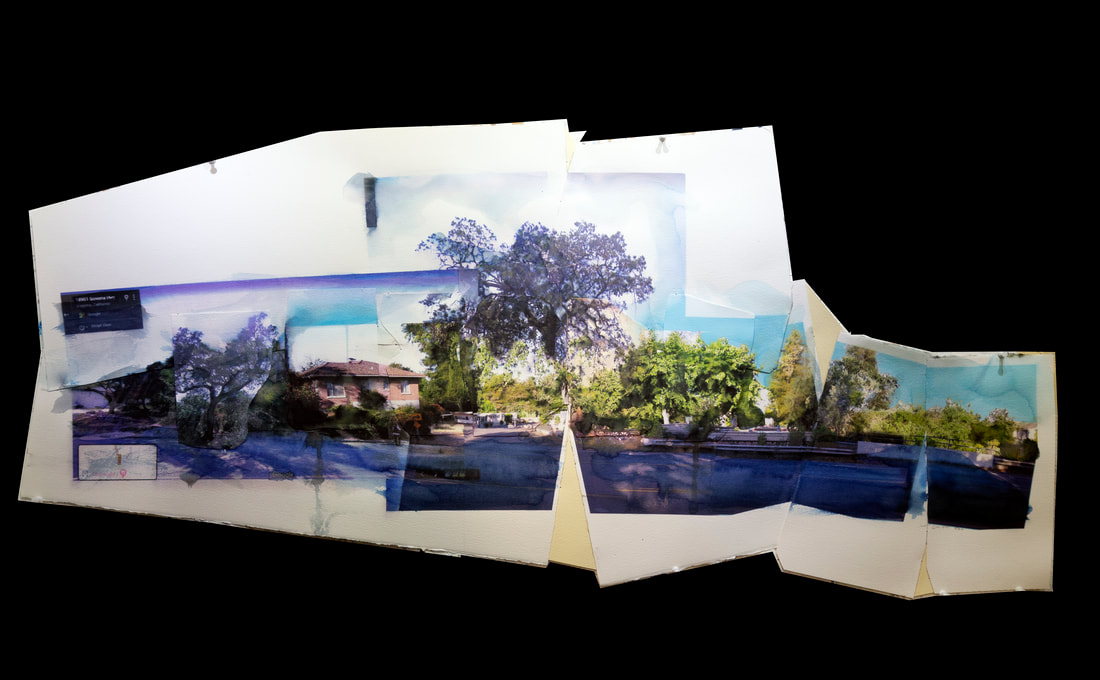